Where is this F$&@ing town? 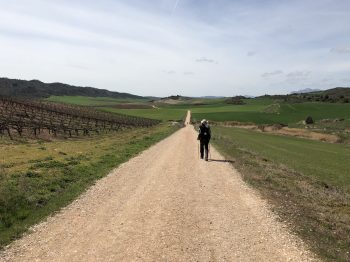 Day 6. Another long day. Approx 16 miles and the last 5 km were the killers. Very pooped after that walk today.

For those of you who know me well you probably wonder about the title of this blog. I generally never curse and I don’t like it very much when people do. But freedom along with pain seems to lead to interesting actions. With five kilometers to go until we reached the town Los Arcos there was no town in sight and we had already walked 14 miles. Every turn we expected to see the end, every hill we climbed we anticipated the oasis, yet nothing ever seemed to appear. I had had enough and finally I screamed uncontrollably to Colin, “where is this F$&@ing town?” It was so uncharacteristic of me that I felt a need to immediately send my kids a text with my horrifying words and the photo above. I am sure they got a kick out of the uncontrolled actions of their usually calm and sedate mother.

Overall, besides my outburst, it was a beautiful day filled with sunshine. We saw a few people we met earlier and met many more wonderful people from around the world. Our albergue today has a very nice bohemian vibe. As usual it is one of the first we came to and due to fatigue we went no further. There were lovely hosts (who seem not to hold it against me that I was a bit rude while grumpily entering) and fabulous guests from Germany, Italy and Australia. A special perk was he cold foot bath which cheered me immensely. Also a highlight was speaking with a young woman named Marzia from Italy and spending time with Yogi from Germany. Both speak several languages. Marzianhas been traveling around to various places in the world and after the Camino plans to go to Peru. Sounds like Boulder has been a place of interest to her so I hope one day she comes to visit Bosque base camp. Tomorrow we vow for a shorter adventure but at least this turned into a beautiful day of friendship making and relaxation.
out

Day 7. A short day planned. Only 11 miles, but somehow I had a need to stop approximately every mile. I am being literal. I stopped for snacks, drinks. foot rubs and to generally be lazy. Maybe it is because I knew I had time but I really went slower than even my typical slow walking pace. It seems I wasn’t alone though. Our new German friend Yogi (I just love having a friend with that name) also went at my pace. We hobbled today extra slowly into a town Viana at around 3. It looked very welcoming but sadly the two locals we met were very solemn, unfriendly and unhelpful. Bars and restaurants weren’t serving food and the super Mercado didn’t open until 5:30. Colin and I waited and bought some snacks. Thankful for that since dinner wouldn’t be available until about 8. However this night- Friday there was some special kids event in town. Adorable, loud, young children every where. and Then restaurants,for some reason, decided not to have any meals for sale. A few of us went back and made a festive dinner from our meager supplies.-dried soup packets, one apple, pear, dried fruit, someone’s sandwich and some wine. It ended up being a really nice meal. We ate with Yogi and a Dutch couple. An amazing pair 76 and 78 years old I think. Walking together for at least their second Camino together. The husband has done several and started at 71. They carried their packs (probably half the others walking pay to send their packs ahead so they can walk faster). Quite remarkable people. Lovely end to an interesting day.
Somewhere during these two days we passed th fountain with water and wine. Even though it was 9:30 AM we had to sample that. 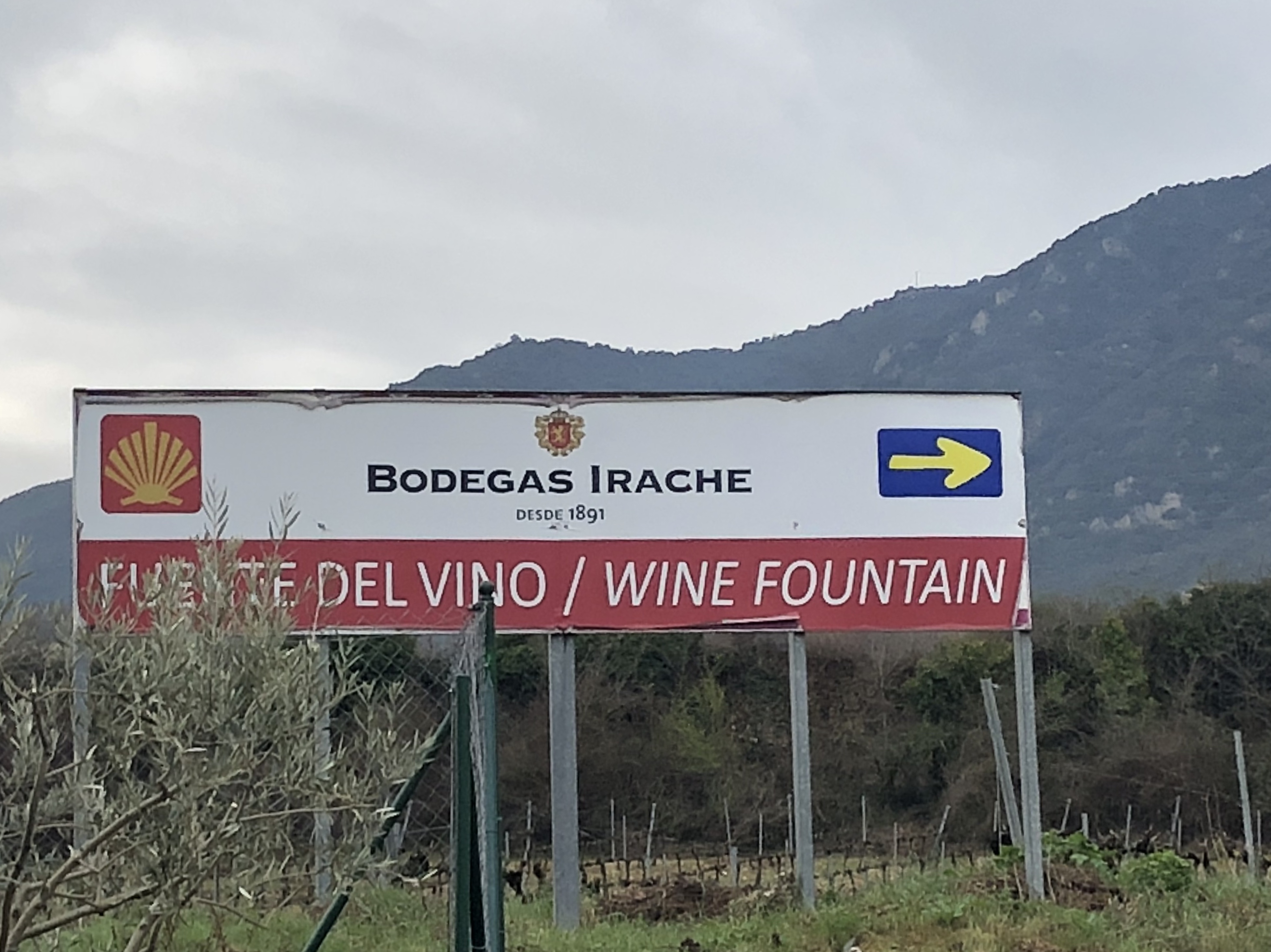