What was that? Did I just eat a baby eel sandwich? 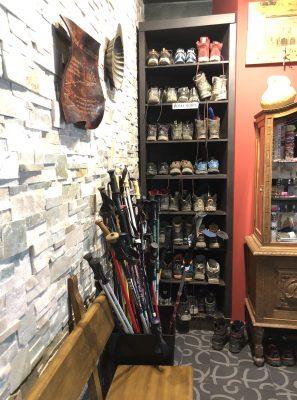 As I am typing this we are actually into our 12th day on the Camino and have just finished a great meal with two bottles of inexpensive Spanish wine. You can read about day 12 shortly but I am just mentioning his in case the wine contributes to some incoherent writing. You have been fore-warned. Please read on…

Day 8: We were thinking of having another short day today but we woke up feeling so good after having splurged on a private, non snorer filled room, that we ended up walking the distance to a further town -Navarrete. It was raining a good portion of the day but not freezing and we were happy walking. I was even singing, but need to get that stupid proclaimers song out of my head again.
As we stopped for a snack I pointed to a sandwich that looked like egg salad. I specifically did not want one strange looking sandwich that was behind it. It did look ominous, but that seems to be the one I got. I think it was full of eggs and baby eels. I don’t think I will ever know but I didn’t eat too much of it. It is hard enough to walk 16 miles when I eat nice food. Even the thought of that one turns my stomach.

I was a bit sad this morning to say goodbye to our friend Yogi. We had spent a few days trudging up and down hills together. He was not feeling great this morning and had a cough so was leaving a bit later than us today. But as they say on the Camino. What is meant to be will occur and you will meet who you are meant to meet.

The day of walking was really nice even in the pouring rain. We saw a few of the same people as we walked but mostly had a nice day together. It was a nice, kind of quiet day. We got to town early and found a wonderful municipal albergue it was a great surprise to see Marzia, the world traveling girl from 2 nights ago. We assumed she would be ahead on us since she is faster for sure. We settled in and ate some food. We have learned to buy food anytime we seen an open super mercado. After a short while Yogi walked into that same albergue. So happy to see him and he seems healthier today too. After the rain it was nice to have a warm albergue. It was an inexpensive municipal one but very nice. We made a nice joint dinner with wine and pasta and offered some to the 19 year old German student, Lucas, who is doing the Camino alone. He should outpace us today by going 20 miles a day so we don’t expect to see him again on this adventure.

Day 9. Left albergue a little earlier 8am. Usually can’t get ourselves out until 8:30. Today we are heading to Najera. It is 11 or so miles total – this is considered an easy day. The weather is chilly and overcast, like yesterday before the rain. It is really very nice walking in this temperature and the rain is fine too, especially if it isn’t windy.
Today’s song in my head is “Don’t worry. Be happy. It is driving me crazy since I don’t really know the words. I didn’t know how I got this song stuck instead of the Proclaimers but Colin said Marzia was humming it in he kitchen this morning. Subliminal messages are powerful huh.
It is a nice town and it is great to walk into town and find this beautiful albergue by the river. There is an abundance of food, stores and restaurants and better yet… Yogi has also arrived. Eating and relaxing here has been nice. We also ran into several people from early on in our adventure. We are reunited with a mother and daughter- Haley and Marsha from Florida who were with us as we all made our first day 5 mile detour. Glad to see they are still here. We are heading out in the morning Santa Domingo. 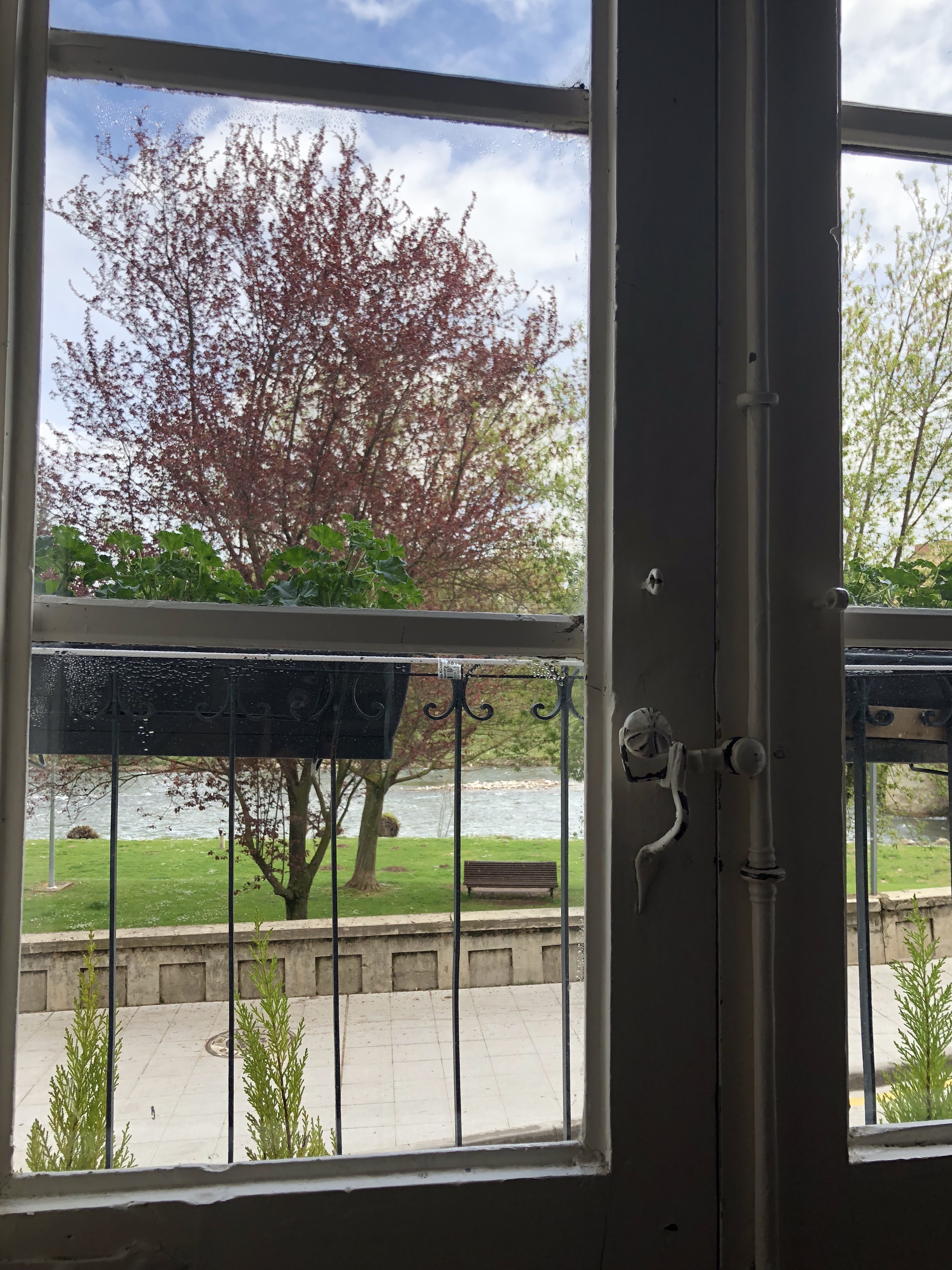 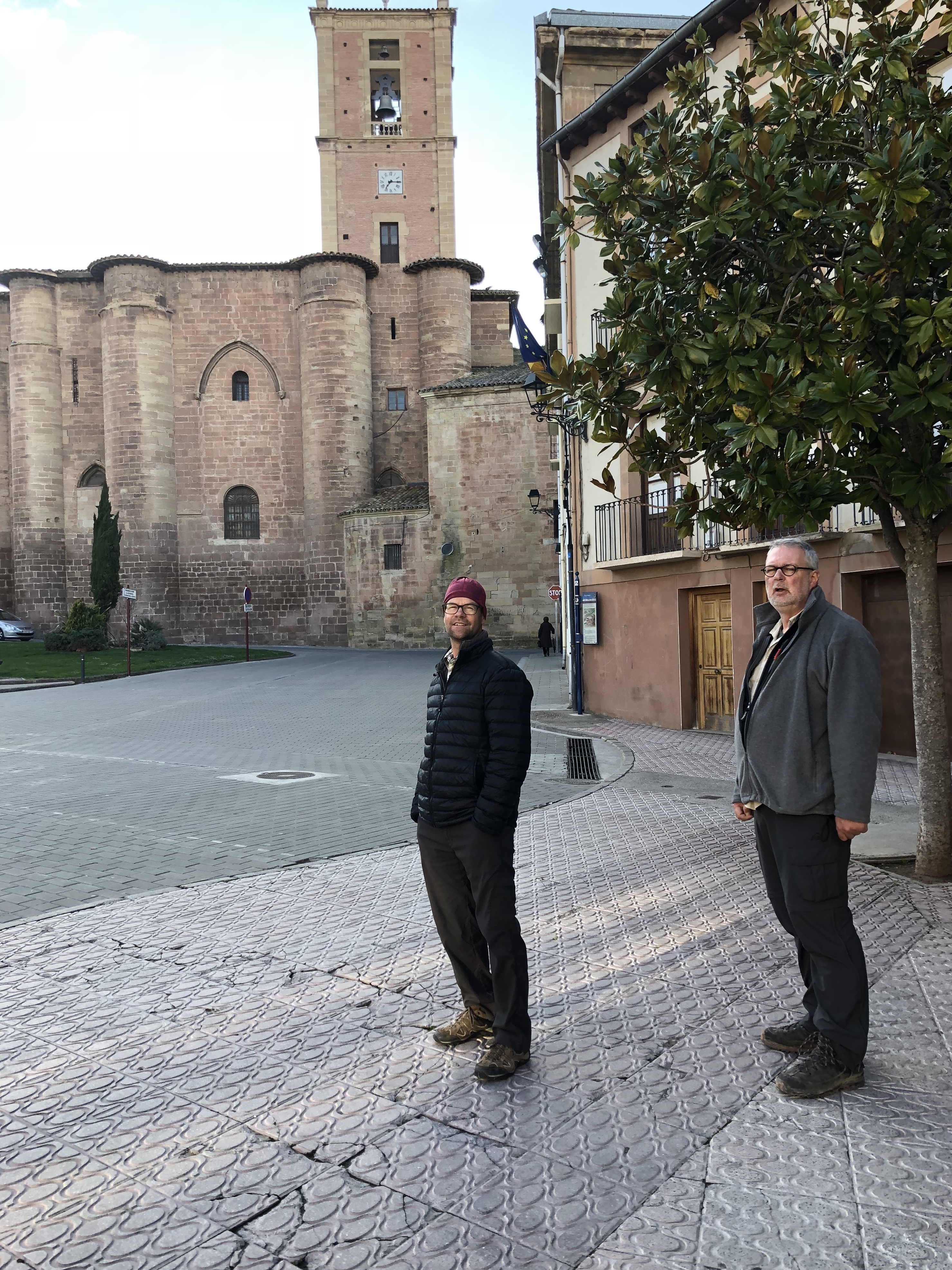