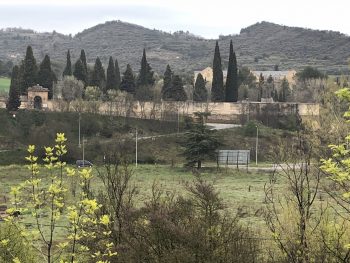 Today was the first day that I felt like singing and of course I have a certain song stuck in my head. My mother had this song in her head for a month before we left so now you can all as well.

A funny story about the Proclaimers is that Colin and I saw them (twin brothers from Scotaland) in the basement of a little church in Edinburgh in around 1987. There were about 10 other people in the audience and we thought- “these guys are so fun”. Now look at them.

Anyway apparently having a song stuck in your head is called “ear worm”. So I have that.

It has been nice to have a couple of casual days. On day 5 we walked 16 miles from Urtega to Villtuerte. We went further than planned since we mostly felt good and weather was great (rained just as we were getting to casa magica).

Overall day five was a great day. Only we did have our first small squabble after the 11 mile mark. It wasn’t too bad and was due to Colin being a bit ahead of me for a while. There was a poor marker and I couldn’t find him for a few minutes, so got annoyed and a little worried. But it was not bad and since we have basically spent the past 3 weeks together constantly and it was just a few minutes of irritation. Overall it is actually pretty amazing that we get along so well all the rest of the time. We think that we have walked about 150 miles between our walks in Scotland and on the Camino. Now we are in casa magica albergue with our feet up. We will get dinner and wine in a short while.

One beautiful part of today was passing a little peaceful resting place that a young man and his friends were creating. They had healthy fruit, juice and wine. They hope to create an organic garden and build a sleeping area. It felt very special there. We sat in rocking chairs for 10 mins drinking wine. They are accepting donations so we gave them a good one. They will eventually spread the word but do plan to keep it all very low key without any commercialism. Sonfun and amazing to see this place and feel their spirit. 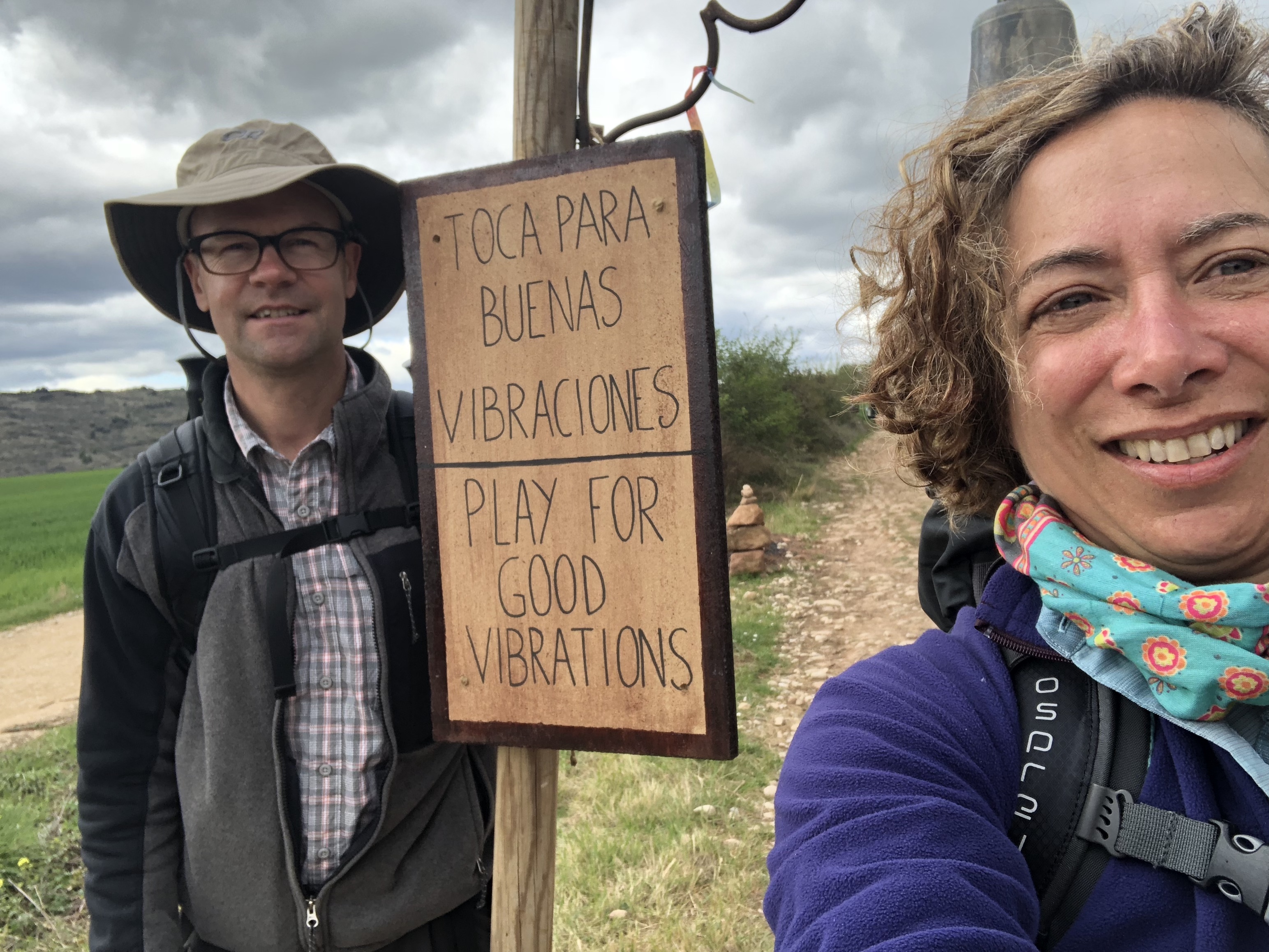 We are starting to feel pretty good overall and so far have no injuries. More updates to come